Established in Manchester in 1825, Mays has a rich and intriguing history.  Having started out as a department store that sold a wide range of wares, including musical instruments, Mays eventually evolved into a pawnbroking and jewellery specialist and is now the largest independent company of its type in the North-West of England.

The original shop on Rochdale Road was the first pawnbrokers in the North-West and after all these years is still serving thousands of loyal customers to this day.  It’s also the location for Mays in-house workshop where their skilled craftsmen keep prized possessions looking as beautiful as they did when they were first purchased.

The pawnbroking industry has changed dramatically over the years becoming far more professional, resulting in a move from the back street to the high street.  Reflecting this change, in 2010, Mays opened their first new store for many years in Ashton under Lyne.  A significant investment was made with the aim of creating a unique pawnbroking store where the pawnbroking department felt more like a bank.  One of the key things that separates Mays from other pawnbrokers is a rich heritage and tradition which is at the heart of its core values of treating customers fairly and with respect.

High levels of customer service and competitive interest rates has meant Mays has grown a loyal customer base.  Going from strength to strength in 2011 they relocated of one of their oldest stores in Oldham to the Town Square Shopping Centre and the year after that Mays opened a new store at the Millgate Centre in Bury.  Now with 6 stores across Greater Manchester you are never far away from your local Mays Pawnbrokers store.

In the past, pawnbrokers took all manner of products as security for loans, but Mays’ Pledge Department only accepts jewellery made from precious metals and a selection of prestige watches nowadays, so the staff are specialists in their field enabling them to offer more money if required.

We’ve developed new processes over the years and we pride ourselves on having the most advanced security systems in order to safeguard our customers’ property, which we treat as if it were our own. 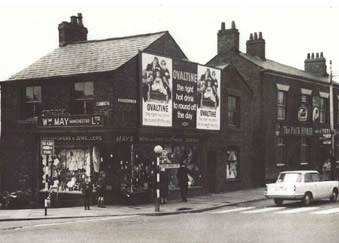 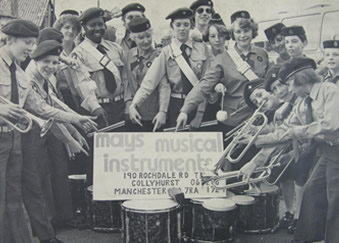